The task group aims at promoting synergy between industrial and academic research. To that end, a survey of industrial need was performed and published.
The conclusions pointed towards the need for an improved understanding of and development of predictive modeling approaches in the field of electrolytes and large, complex molecules.
The availability and the standardization of such new approaches is pointed as an important criterion for acceptability.

A continuous effort is required for communicating between academia and industry on the development of innovative approaches. This is why a new Symposium was launched, called Industrial Use of Thermodynamics (IUT). So far, following symposia were held: 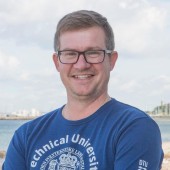